Let´s say you recently started outsourcing some of your projects to a Uruguayan software development company.

You likely knew next to nothing about Uruguay initially but after doing some research, talking to some knowledgeable people or perhaps having been convinced by a seller, you thought you might gave it a chance. So, you had a few meetings and finally made the decision to go ahead.

Now, you’ve been working with this company for a short period and don’t really see anything out of the ordinary. You’re relatively sure they’re not odd people, heck, they even watch The Big Bang Theory and became addicted to Breaking Bad when you did. You’re somewhat surprised to find that they don’t like spicy food or anything far from the Spanish or Italian palates. And, they even celebrate Halloween and are soccer fans too!

So, there are no apparent signs of any unknown or strange customs.

The day your team and the Uruguayan team sit in your respective conference rooms and have a video call.

The teams face each other through the video feed for the first time. Everything is as expected. A production team like many you’ve seen before. You look around their typical conference room, and see these very stereotypical programmers with their less than extravagant sense of fashion. You think everything looks just fine, until you notice something… 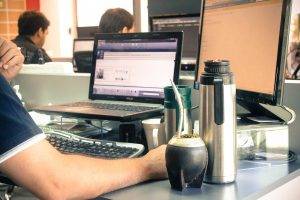 What are those curious artifacts on the table?

That’s when curiosity gets the better of you and you hear yourself saying “I don’t want to interrupt but what is it that you’re doing?” They laugh and say “Oh, we’re just drinking MATE”.

So, what is MATE? Well, if you Google it you will find it is a traditional South American caffeine-rich infusion prepared with yerba mate (made from the leaves of a tree called Ilex paraguariensis) steeped in hot water and served with a metal straw from a shared hollow calabash gourd. 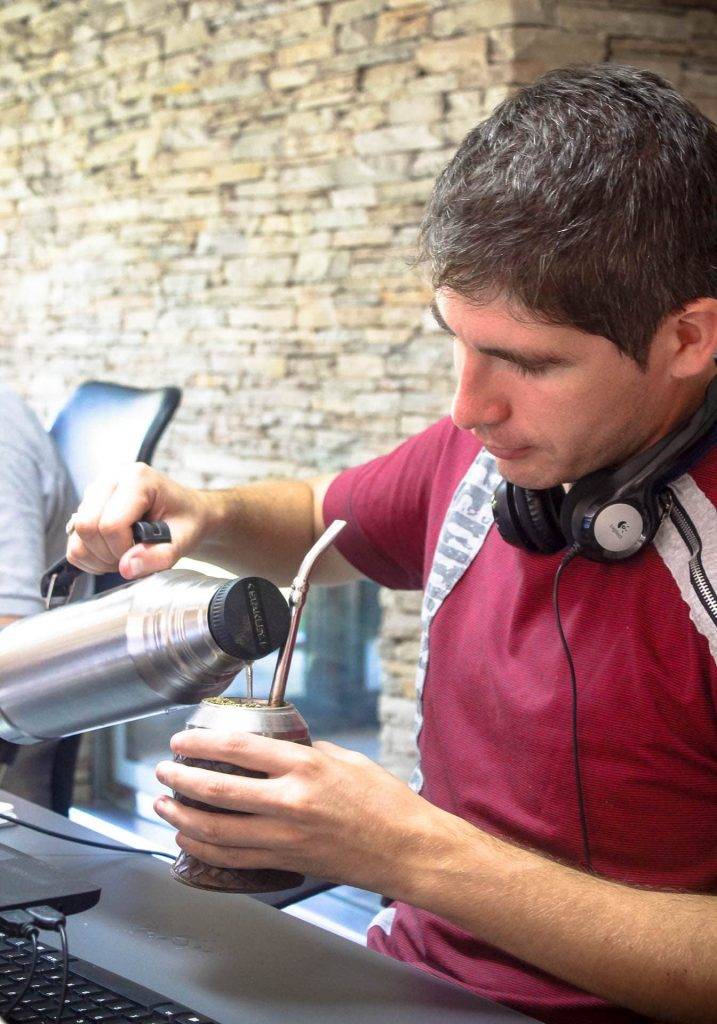 Mate could be compared to coffee, as it contains caffeine and it helps you stay awake. It could also be compared to tea, because it is an herb that is steeped in hot water. But there is a special detail about mate that makes it very different from both. Apart from the fact that you don’t drink it in a cup, mate is a drink people share!

You can prepare it for yourself as you would prepare a cup of coffee or tea, of course. However, mate is commonly shared with family, friends or people in the office.

To drink mate four things are essential, you need a “Termo”, a “Mate”, a kind of straw we call a “bombilla” and, “yerba mate”, which is the herb. (Just like other common products, yerba is available in every supermarket and like coffee or tea, there are many varieties to choose from.)

Oh, I almost forgot, you will also need hot water! So, once you have all these items you are ready to prepare mate. It is simple, you fill the mate (gourd) with yerba, then pour the hot water over it and drink with the bombilla. 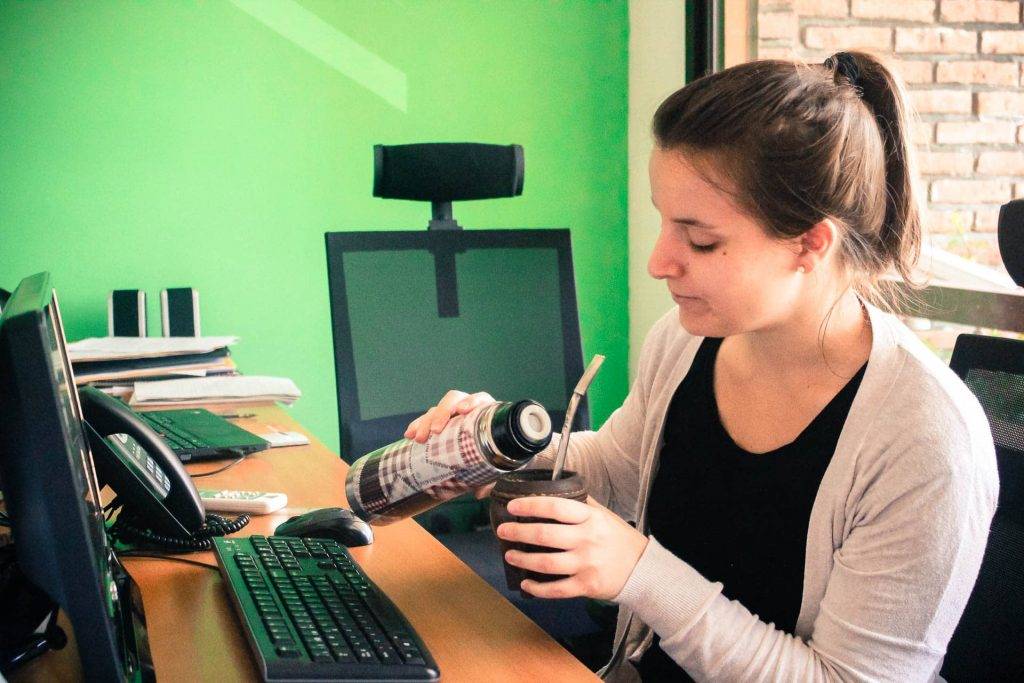 When would you drink it? It depends. You can drink it in the morning instead of drinking coffee, basically to wake up! But, as it is something you typically share with other people and lasts long (because you have a “termo” with hot water to refill the “mate” and keep drinking) you can pretty much drink it at any time during the day. Morning, afternoon, or whenever you need a pick me up! And, there is one more thing about mate you might find interesting: you can take it to go. You simply prepare it and carry it wherever you go!

So, if you should happen to visit the Uruguayan software company you outsource projects to and take a tour around their office you will surely see mate throughout the whole day. People preparing it early in the morning. Others carrying it around and sharing it before lunch time or in the afternoon. You will see it just sitting on a desk because someone prepared it and was too busy to stop and drink. Or in an informal meeting where people will be drinking it while discussing something.

Someone will encourage you to try mate and feeling curious you will accept. However, I’m pretty sure you probably won’t like it, at least not at first. Every time a client visits us and drinks it, we hear the same thing – “Ugh, it’s so bitter!” In any case, when our visitors leave we always give them a mate to take with them…just in case they change their minds or feel nostalgic and miss Uruguay.

And remember: if you are in an office surrounded by Uruguayans an entire day and don’t see mate around, keep your ears open. Because you’ll definitely hear someone asking “didn’t anyone prepare mate!?”

Wanting to discover more interesting facts about Uruguay’s culture? Take a look at this blog post where we share more of our secrets.

Ana is part of UruIT’s marketing and business development team. The team's’ goal is to make sure UruITers continue working on challenging innovative projects and helping industry leaders build great products. Her focus is to generate business opportunities by applying digital strategies and techniques for the company to meet its growth plans.