We consider ourselves an agile company, and therefore, every team inside UruIT is self-managed. This applies not only to development teams, but also HR, marketing and finance. Members of these teams take ownership of how their work is done by planning and managing their day-to-day activities without any micromanagement from above. There’s no boss sitting in an ivory tower, but instead, responsibility is distributed across all members of the team.

At UruIT, salaries are reviewed twice a year (in January and June). Like most companies, raises are given based on performance. But, if there are no “bosses” and everyone shares the responsibility for the teams’ results, who should evaluate employees’ work? Wouldn’t it be better if your teammates were the ones who evaluated your work?

The context: a self-managed team 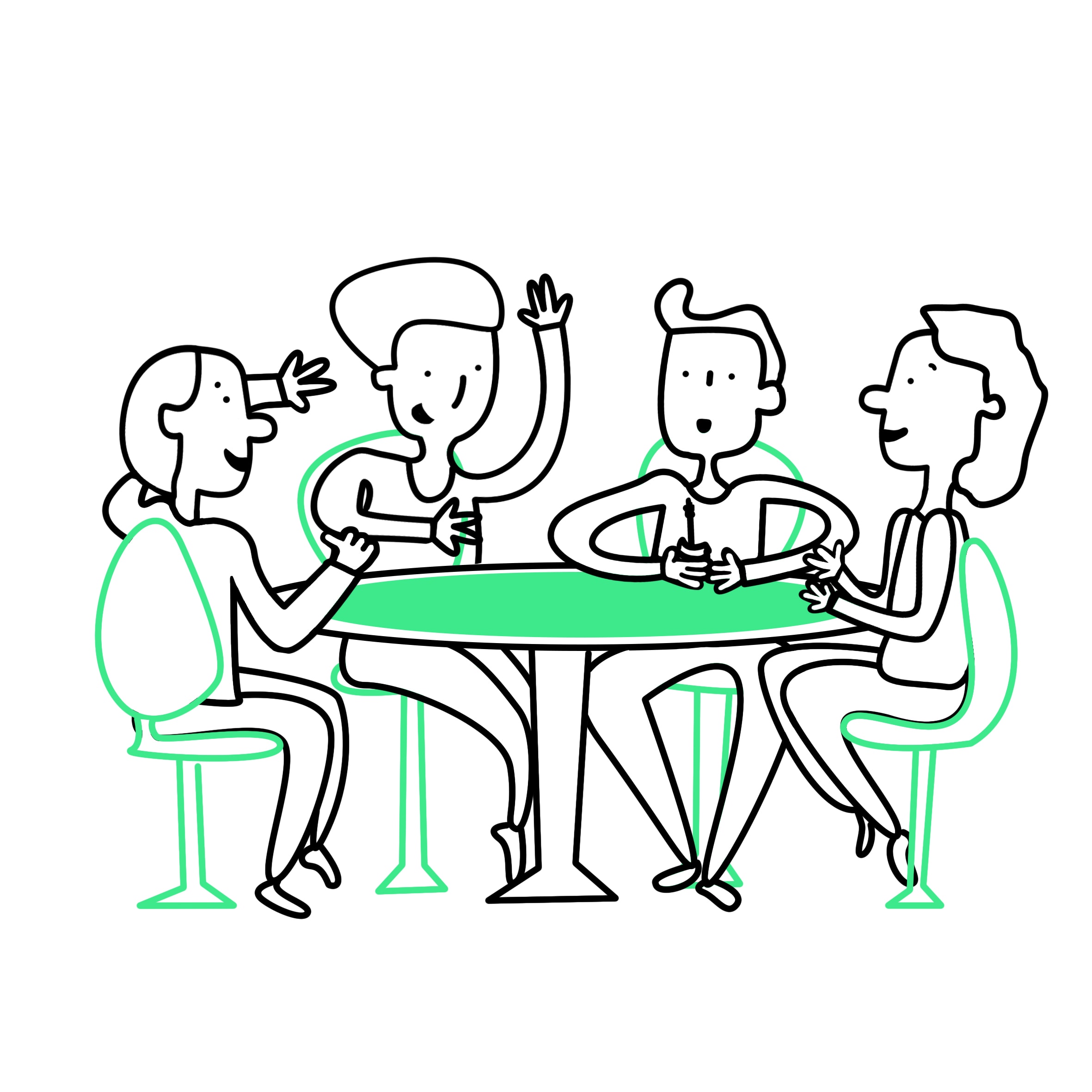 Approximately a year and a half ago, our company decided to try and see whether empowering teams to self-manage their own salaries would be a good idea. Of course, this was not something that could be applied overnight. Instead, we had to start small, with maybe one or two teams who were willing to be the guinea pigs.

The experiment was very simple: during each salary review, the team would have a certain amount of money to divide among its members. This amount would be decided by management based on multiple factors, such as the period’s revenue. How this distribution would take place was entirely up to the team; management would not weigh in, in anyway, on their decision.

At that time, I belonged to a team of developers including Andrés Báez, Waldemar Lopez and Gustavo Clemente. We had been working together for almost two years, but had known each other for much longer than that. It was safe to say that we really trusted each other and would be able to discuss without taboo such a sensitive topic as salaries. But most importantly, we all agreed that our effort would be better evaluated by our peers, after all, it’s they who see us work and progress on a daily basis. So, with this in mind, we decided to go through with the trial of this experiment. 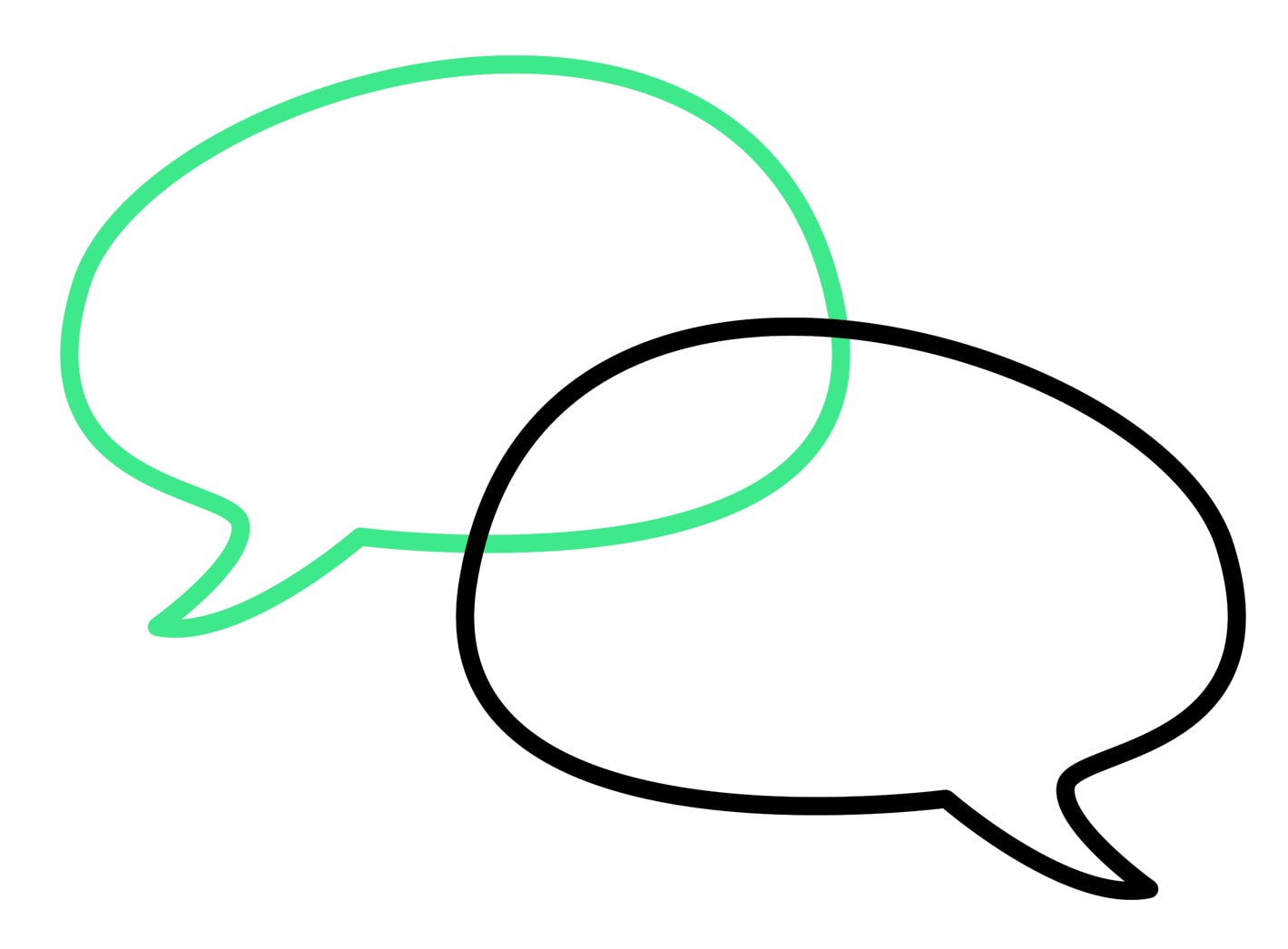 The first thing we did was create transparency by sharing our salaries with one another. We strongly believed that in order to reach fair salaries, we needed to know this information.

As soon as we did this, we realized that one of us was earning less than the rest, mainly due to differences in our past experience and seniority at the time we all joined UruIT. But, even though our expertise at that moment may have been different, this person had shown great improvement, up to the point where there weren’t any differences in our day-to-day activities.

We knew that if we were going to move forward with the experiment, equality in salaries was essential as a starting base. So, after the first review, most of the pay raise was used to bring our incomes closer together. 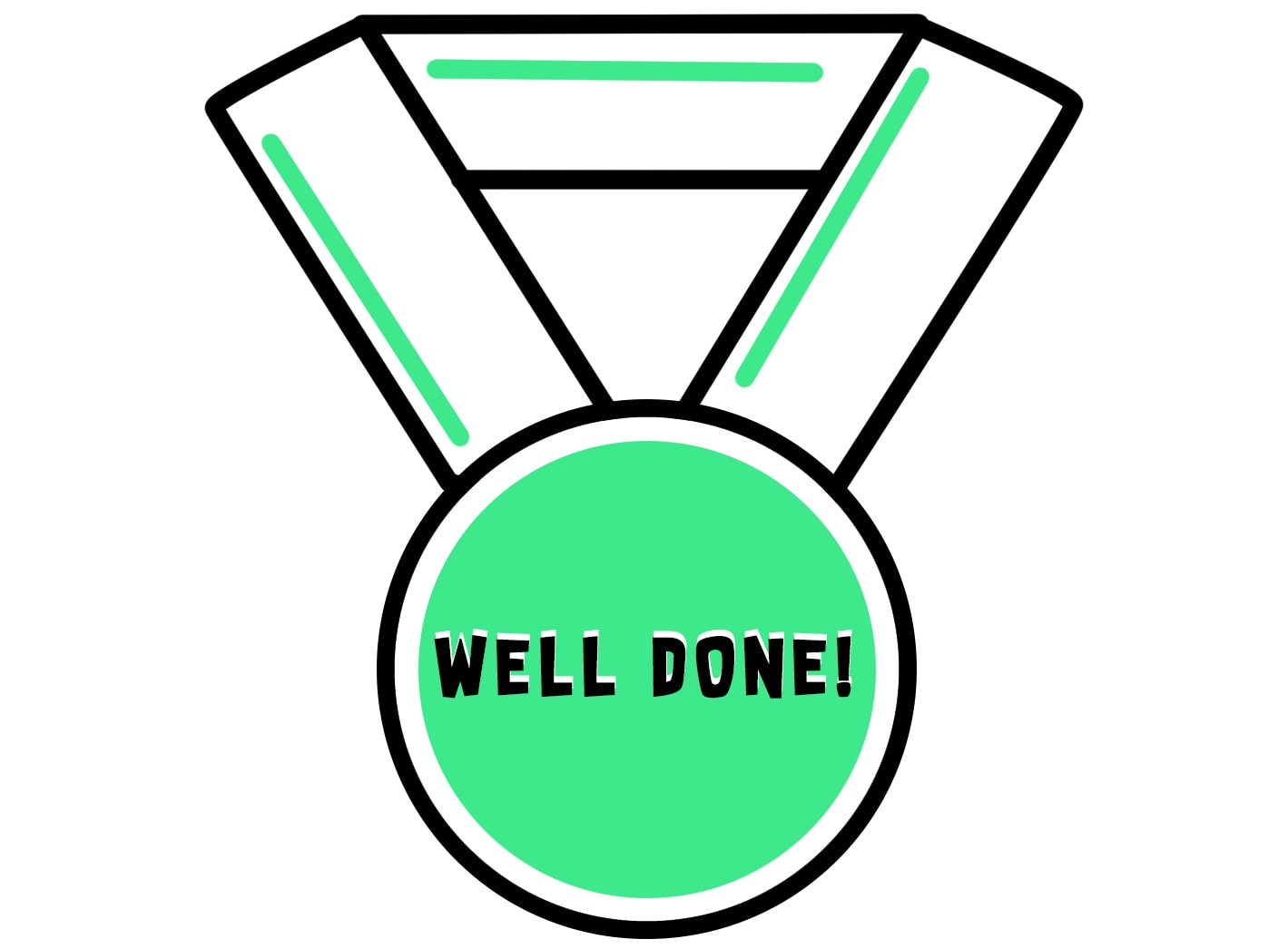 Now that we were on a more similar position when it came to salary, it was time to think about how we would divide the raise during the next review.

We knew that one of the variables we would consider was each person’s effort throughout those months. Therefore, we needed to come up with a strategy to evaluate and keep track of such a subjective concern. After all, how does one measure other people’s effort?

As we imagined, agreeing on a strategy turned out to be quite difficult. We met several times to discuss different ways in which we could approach this, but never managed to reach a consensus.

The first approach we thought about was to keep track of the number of points each person closed during a sprint. However, we quickly dismissed this idea because we knew this was not a reliable measure of effort. If someone spends a big part of their sprint helping a teammate, he’ll be closing less points on his own. Helping each other should be encouraged, not punished.

For another option, we got in touch with a well known Agile coach from outside the company who also had a suggestion. At the end of every sprint, each member would have 100 points to divide among his teammates. For instance, “Mel” would give “John” 60 points because of his effort and how effective his work was throughout the sprint, and then 20 points to both “Jane” and “Richard.” John, Jane and Richard would then do the same.

We thought that this idea, even though it had its benefits, it encouraged competition. Think about it: each member has only 100 (or X) points to assign. If you want to reward John, you need to punish someone else by reducing their points. We were afraid that in the long term, it might lead to undesired conflicts between us.

So, after a few more ideas, we came through with a solution that everyone could agree on: a reward system.

Basically, when someone contributed with something valuable to the team, a point was awarded to that person. But how do we agree whether a contribution is valuable enough to deserve a point? Are all contributions worth one point? For instance, spending an entire day helping a fellow dev in need is worth the same as helping troubleshoot an issue which took 5 minutes?

Since this is too subjective, we agreed that no point would be questioned. If someone felt that a point was deserved for whatever reason, this was to be respected. Points were to be added individually and secretly.

In order to keep track of these points, we used a big letter box on our desk. Points eventually turned into post-its where someone would enter their name, its recipient and the reason for the reward. This would help us know as a team what each member considers valuable, so we could align on a direction. 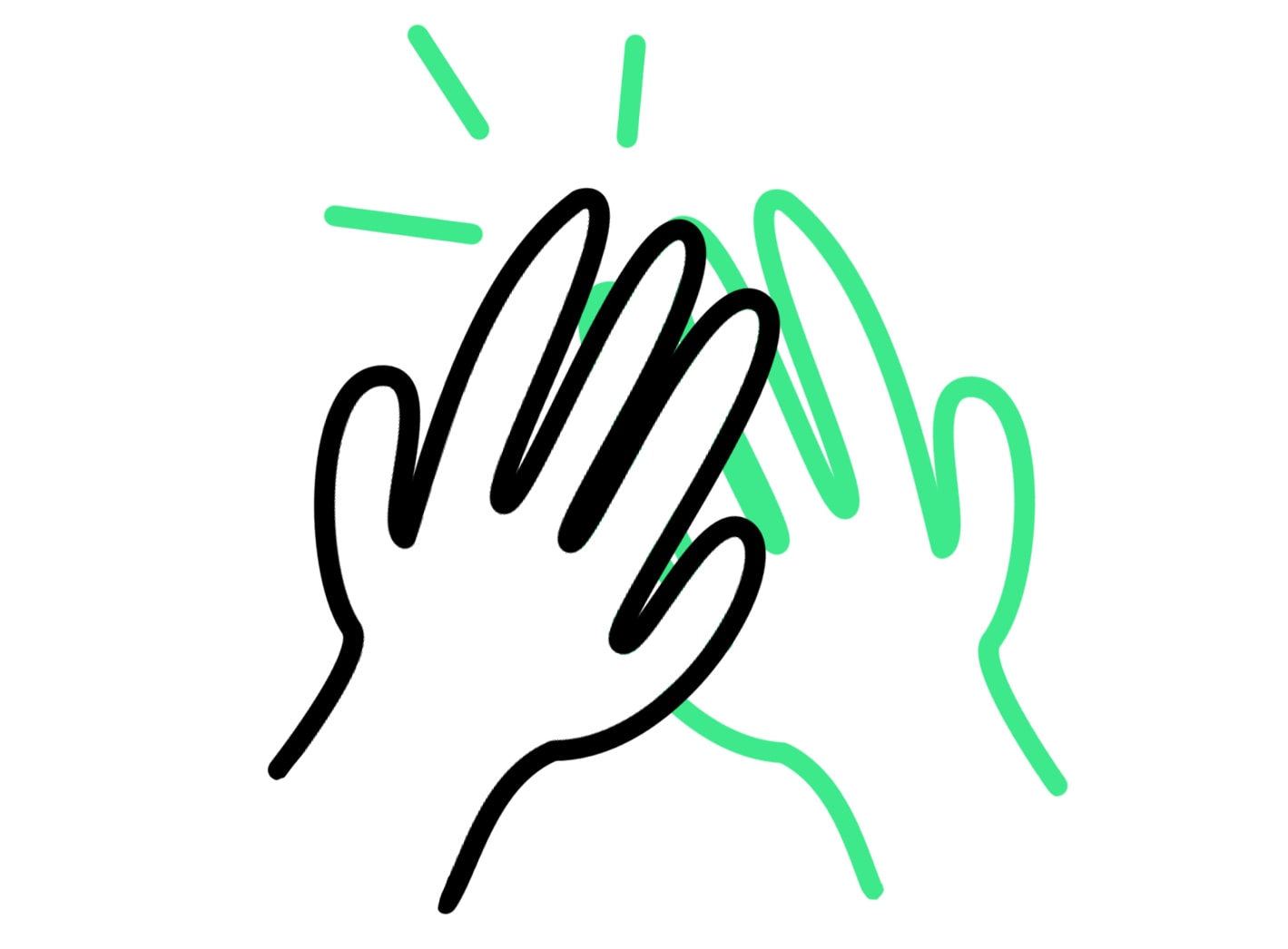 Months went by, we added several post-its into the box, and the time for review came. We had to decide how we were going to split the raise from the money that was given to us.

Theoretically, the number of post-its would demonstrate the contribution of each member throughout these months. However, we soon realized this system was not going to be a reliable measure of each team member’s effort for different reasons.

For instance, two of our team members worked from home at least once a week. When this happened, the number of notes granted to them was much lower. This happened mainly because it was hard for other members to see their effort throughout the day. The same applied to vacations—the person that was out of the office clearly did not receive any notes and was punished somewhat for their absence.

We knew we could not only rely on these numbers.

We reminded ourselves about each team member’s salary, and after a brief discussion, it was clear that we were not going to reach a consensus on how to divide the income. So, to keep things as transparent as possible, each of us wrote down on a piece of paper how they thought the income should be split by allocating a percentage of the available raise amongst the four of us, which would then be averaged. The decision as to how this would be done was up to each team member and their reasoning would not be questioned.

The table below shows the actual result using fake names: 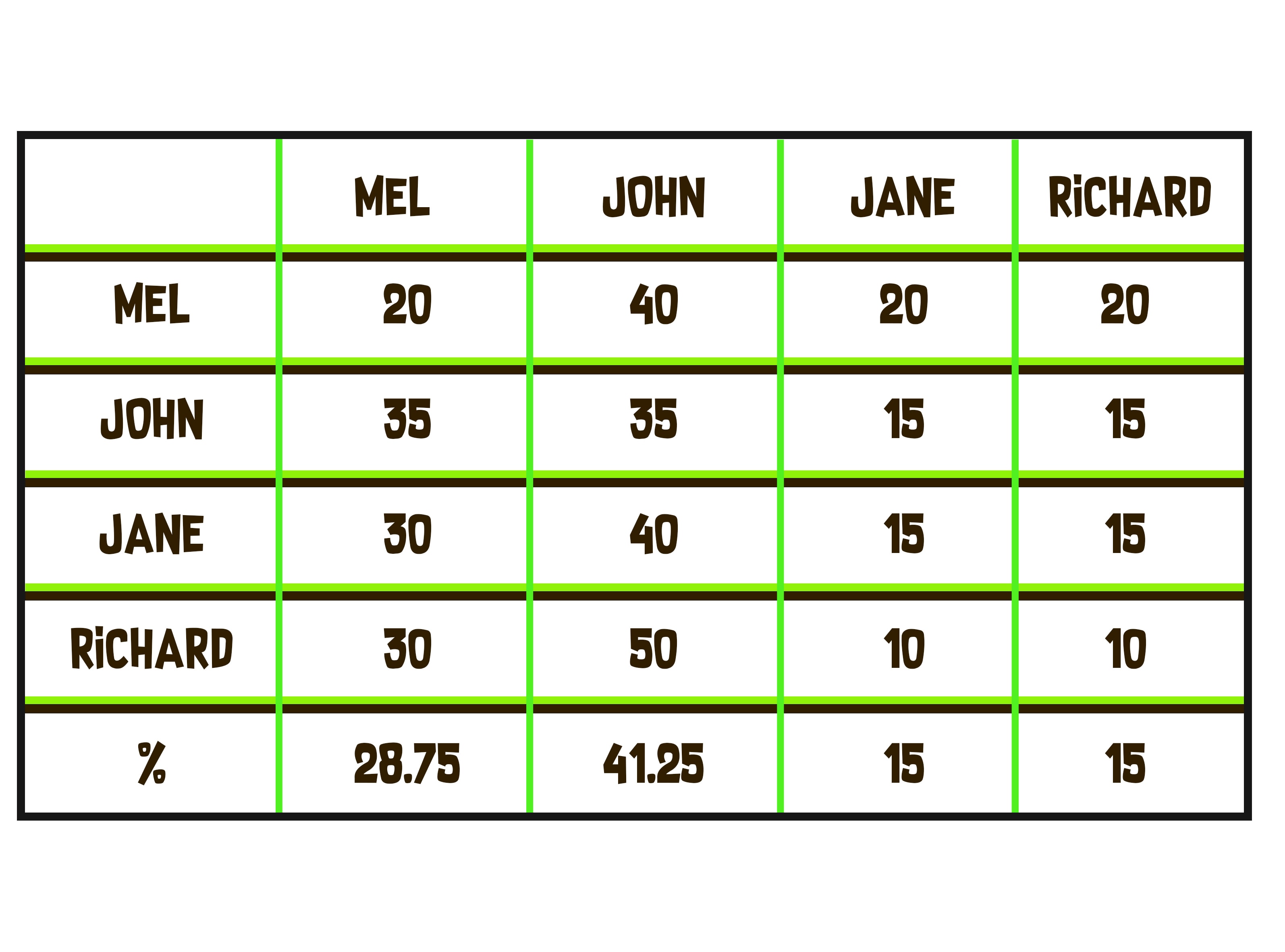 For instance, Mel decided that 20% of the raise should be for herself, 40% for John, and the remaining 40% would be split equally among Jane and Richard.

After revealing these numbers, we had a brief discussion about why each of us decided to split the income in that way. It was clear that each person’s priority was to achieve equality in our salaries.  Secondly, for those with a similar income, we took into account the number of post-it notes from the experiment. So, even though the system had its flaws, it still had an impact in our final decision.

I was recently asked whether I think empowering teams to self-manage their own salaries works or not. To be honest, this is clearly not something that would suit every company. But when it comes to companies with self-managed teams with a high level of decision-making authority, I do believe this can be a great fit that could benefit both employers and employees.

For employers, salaries are no longer handled by them, which takes some weight off of their shoulders. Let’s be honest, when the time to evaluate performance and raises comes, it’s likely that some employees will be unhappy with the outcome. Either no raise will be given to them or not enough. Regardless, it’s the company that has to deal with the consequences. From there on, employees may feel undervalued and his/her commitment to the company may be compromised. With this strategy, it’s up to the team to decide.

If teams can decide about pretty much everything else, why couldn’t they decide on each others’ salaries as well?

For employees, it gives them the ability to decide on their own salaries. Their raise is no longer determined by someone who may not be capable of evaluating their work. This is even more noticeable in non-hierarchical companies such as ours.

At a team level, it also has a great impact. First, the post-it notes helped everyone understand what other members consider valuable for the team. For instance, in our case in which there was a high level of client support, joining a teammate for a client call was clearly something that was greatly valued.

Secondly, discussing such a sensitive topic as salary definitely helps bring the team together. Deciding why someone deserves a raise more than others, it’s something that cannot be taken lightly. You might be forced to leave personal interests aside or put yourself out there by sharing private concerns.

It’s been a year and a half since we started with this experiment. Unfortunately, the same team is no longer working together. Don’t worry, this had nothing to do with the experiment, it’s just how our industry works! But on the bright side, we are able to share our experience with new members and, hopefully, have other teams try it for themselves.

What do you think about this experience?

Would you say that empowering teams this way in your company would work as well? If so, what would you do differently? We invite you to try your own experiments and tweet us at @UruIT with your thoughts! Feel free to share this post with others who would be interested in knowing salary transparency experience such as ours 🙂

Software Engineer with 9+ years of experience in industries such as Tourism, Health Care, Government, and IT Services. During the last few years, he has performed as a full-stack developer working with .NET and JavaScript technologies. Passionate about developing web applications with latest technologies, Gonzalo thinks of himself as someone who fits in easily, and a pro-active and team-oriented professional.

Would you like to know more about our teams and how we form them?