We Helped the most well-known U.S. personal development coach to innovate their app and then transform their business model. Here's what we did.

A well-known personal development coach in the U.S. turned to us for help with their app. Known for their fast-moving and growing company, headquartered in San Diego, California, the company organizes and manages over 25 events every year around the country.

The company’s most attended events each year focus on helping each person improve their financial health and economic wellbeing. One of the core tools this personal development coach needed to help attendees embrace this significant change was the use of a well-designed app that would allow each person to plan and then track their financial goals over time.

Then, the pandemic hit, and in-person meetings were far more challenging or eliminated. We worked closely with the company to develop an added solution to drastically improve user engagement.

Limited use of the previous, outdated app limited client opportunities, and a new solution was needed to transform efforts and create user engagement.

When the personal development coach first came to us, they needed a solution to update and modernize their current outdated app. Attendees at events were simply not using it as expected. That led to a direct, negative outcome for the courses, as students did not apply what they learned to their daily lives. The company sought our expertise as software developers to improve user experience.

We evaluated the company’s needs and expectations and developed a digital product transformation. We established a cross-functional team to work on the initial product discovery phase to gather insight and determine the actual need. We then created a clear goal for the company’s product. That was to develop an easy-to-use, reliable app that users could access on different devices, such as smartphones and tablet computers. They trusted our team to build that app for them. 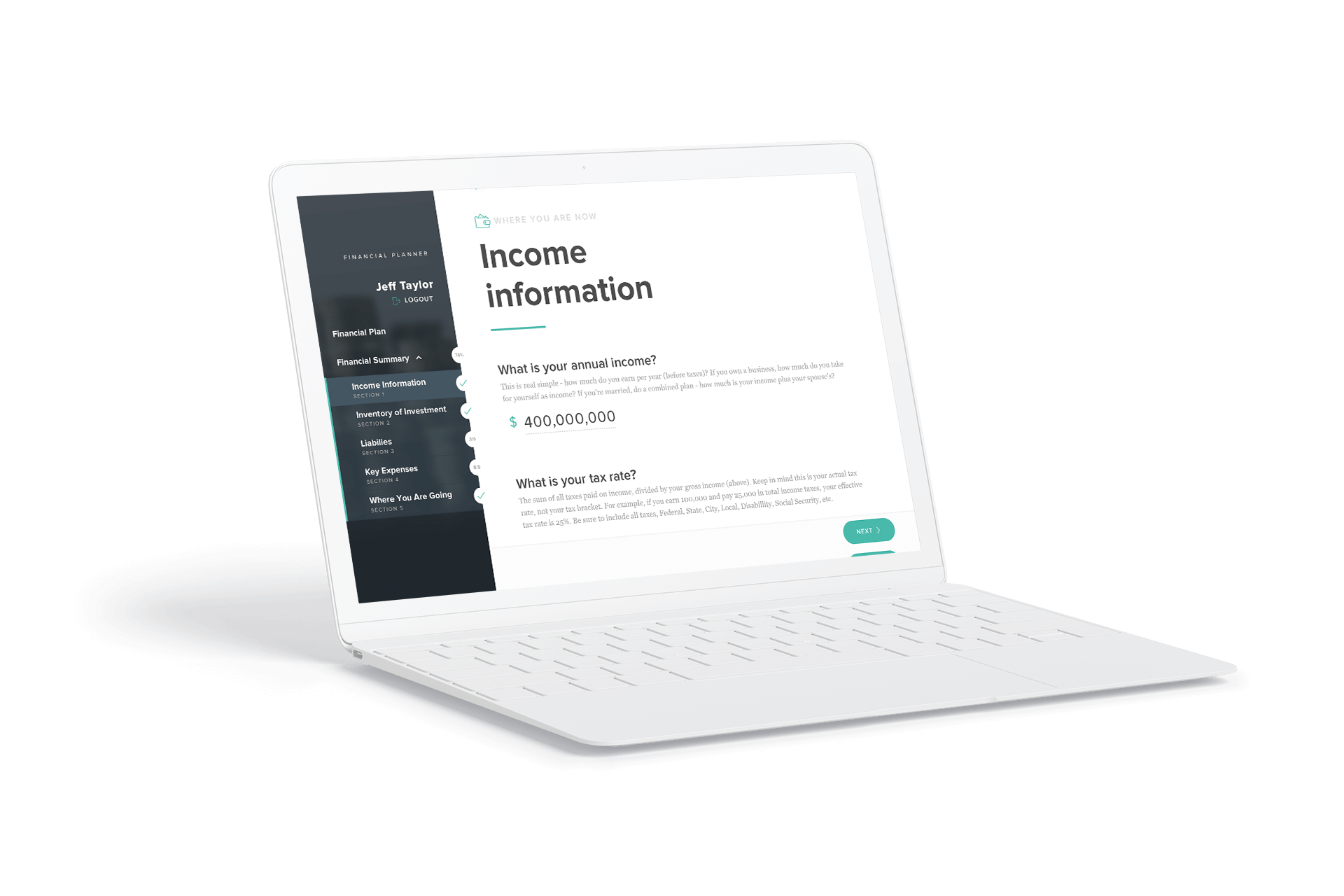 We worked to develop a user-friendly, scalable web app that delivered high performance. A component of the company's goal was to launch the app quickly, and there was a need to be time and cost effective. To achieve that, we built the app with Node and React, an obvious choice because of its stability and reusability.

The app was developed to serve two purposes. First, prior to attending the event, users would log into the app and input their financial information and status. This would then serve as the input for the seminar they would be attending. Once the attendees went to the seminar, the app would continue to remain available and usable, allowing each person to create their own path to reach their financial goals and track their progress.

Our team included two UX/UI designers, a product owner, and three developers. We worked alongside the client and organized the work following SCRUM practices. We also followed an incremental development model.

To achieve our goals, we divided the project into two phases:

Our work allowed for the automation of many of the tedious tasks and processes required by the client’s employees in the previous version of the app. This included tasks employees had to input manually, like updating and printing event plans. It made it faster and easier for attendees to engage with the app and want to do so.

In addition to this, we enabled app admins for the event organizers. These people could track participants more efficiently and allow for the sending of automated reminders. These reminders encouraged users to input their information and kept them coming back to the app.

We increased the number of users who completed the pre-seminar information by 70%, achieving one of the project’s ultimate goals.

In October of 2020, months after the start of the COVID-19 pandemic, our clients requested an update to the app. There was a new reality: in-person meetings and seminars were no longer possible to host. This drastically impacted the way the app worked since it was directly linked to these in-person events. Our client requested that our team adapt and rebuild the platform to this new reality.

The personal development coach was still planning to host seminars, but now they would have to be held online.

A new challenge arose: the existing app no longer met the customer's needs.

Prior to the start of COVID, people would purchase tickets to the in-person event. When they did, they could see different cities and countries, make their choice, and then manage a calendar of events. They could handle every aspect of the lead up to the event through the app. That included finding information, completing necessary forms, and managing their tickets.

During this pre-COVID-19 period, users would complete everything they needed prior to the event, and, when they arrived, they could check in and begin participating in the onsite experience.

Once the pandemic was underway, all events were canceled for in-person experiences. This led the team to find new ways to develop and recreate their experiences on a remote platform. To our client, it was essential to offer the same unique experiences to users, which involves a significant amount of engagement. This seemed very difficult to adapt to in a virtual environment.

Our team got to work quickly to make it possible for our client to host their events online. To do this, we added features to the existing platform for people to be able to fully complete their check-in information and be absolutely ready for the online events. The events were hosted on a third party site.

One change was in the gift packs the personal development coach would provide to each attendee during the in-person events. Since this was no longer happening, we were tasked with creating a new solution that allowed users to fill out a form to request that a gift pack be sent to their homes. This allowed the user to receive the gift pack at their home before the day and time of the event.

Through updates like this, we were able to continue to focus heavily on user engagement. We could give our client the ability to keep delivering a great experience to their users.

More so, we were able to keep working with the client and maintained their main form of connecting with their users through their app. This was a very important revenue source for the client, and thanks to this partnership and to the results of the process, they were able to maintain it.

Powering the development of a 500 Startups company

Boosting the experience of +1.5M users

SaaS development for a talent platform used by Coca-Cola, Unilever, ABC and ESPN.

Redefining the process of a healthcare focused eLearning platform

Building an interactive digital shopping experience in the real world

How we partnered with a leading well-being company to create an incredible shopping experience.